A People Who Don't Get What They Deserve

How do we take our sin against God seriously?  We grieve over our sin, humbly ask God for forgiveness, and turn from our sin.

What makes a good apology? How do you know when someone is truly sincere when they say they’re sorry? When do you feel like they are really sorry? This is something Katie and I have talked about a lot because we have lots of opportunities in our relationship to say, “I’m sorry.” When you put two sinful and selfish people in the same house for years, they are bound to hurt each other. So we’ve talked about this question: what is a good apology?

We’ve also talked about what a good response to an apology is. If I say “I’m sorry” to Katie for something I did, it isn’t a good response for her to say, “It’s ok.” Because, actually it wasn’t ok that I did that. I hurt her and it was wrong and that’s why I’m apologizing. A good response to someone’s apology would be: I forgive you. But here’s another question: If you say you are sorry, does the other person have to forgive you? If you apologize, is the other person obligated to receive your apology?

Series Introduction
Today, we continue our four week series in the biblical book of Jonah. This book is so much more than a story about a guy who gets swallowed by a big fish. It’s a story about a big God who shows grace to the least deserving of us.

In chapter 1, we heard about God told Jonah to go to the city of Nineveh and deliver a message from him. But Jonah responded by running the opposite way. He boarded a ship to escape God. But this only got him into a mess. God sent a storm and the whole ship’s crew feared for their life. Jonah said, “Toss me overboard and the storm will calm.” They did so. Fleeing from God only led Jonah down, down, down until he found himself at the bottom of the sea. Last week in chapter 2, we heard about how God saved Jonah from that mess. He sent a fish to scoop Jonah up. Jonah was filled with thanksgiving and committed himself to praising God and obeying.

Sermon Introduction
When we left off last week, Jonah had just been vomited out onto the beach by the big fish that God used to save him. What’s Jonah going to do now? This week we find out.

Last week we paused on the action of the story with Jonah’s psalm of thanksgiving to God. This week, the story picks back up again. There are three parts to the story. We will go over them then consider our big question.

This feels a bit like deja vu. Nearly the same event happened in the first three verses of the book. The word of the LORD comes to Jonah, meaning God spoke to him. What does God say to him? Once again he tells him, “Arise, go to Nineveh, that great city, and call out against it the message that I tell you.” From chapter 1, we know God is sending Jonah to Nineveh because of their evil. God knows the wrong they are doing and is sending them a message through Jonah.

How does Jonah respond this time? Verse 3 says he arose and went to Nineveh, according to the word of the LORD. Whereas before he arose and went to Tarshish, the opposite direction of Nineveh, this time he acts in accordance with God’s word. That is what God calls each of us to: to act in accordance with his word that we have received in the bible.

At the end of verse 3, the narrator gives us a detail about Nineveh that is important to the story. The action of the story is paused to give this little statement.
Now Nineveh was an exceedingly great city, three days' journey in breadth.
Bible translations translate the words here differently because there is some disagreement about what the words in the original language of Hebrew meant. But the basic point being made is this: Nineveh was a big and important city and it would require three days for Jonah to deliver his message to the whole city. It is important for us to now this because of what verse 4 says:

4 Jonah began to go into the city, going a day's journey. And he called out, “Yet forty days, and Nineveh shall be overthrown!” (Jonah 3:3b-4) 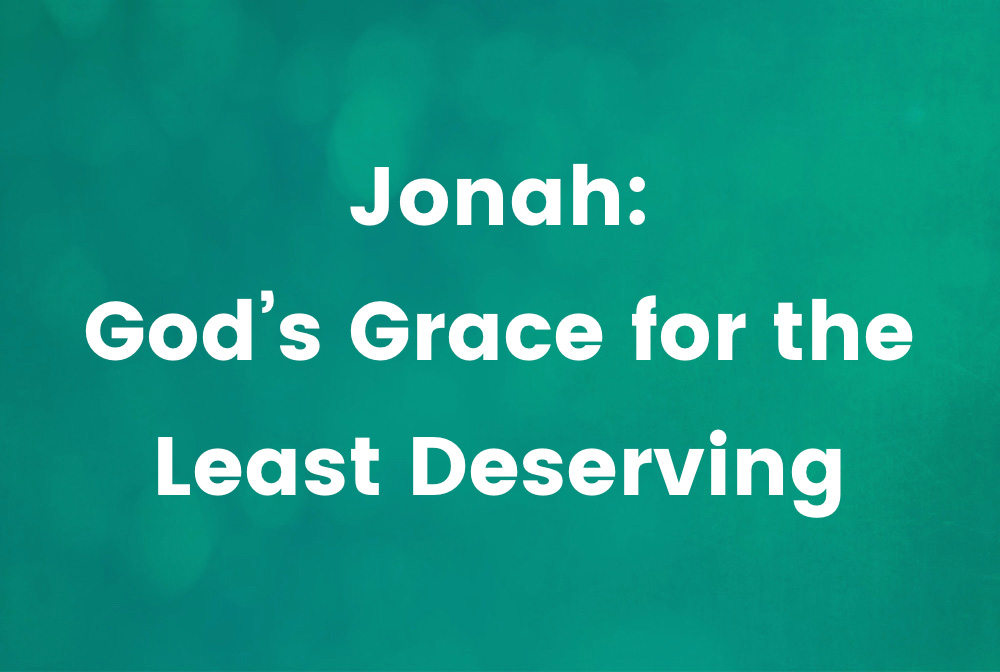 More in Jonah: God's Grace for the Least Deserving

A Prophet Who Doesn't Understand Grace

A Prophet Who Doesn't Get What He Deserves

A Prophet Who Puts Himself First